Bird migration: Who's in and who's out?

It’s all change in the bird world. As autumn wraps us in a chilly blanket and leaves turn a fiery orange, many species leave the UK for warmer shores and are replaced by other migrants seeking solace from much icier winters overseas.

From fields and woodlands to coasts and even supermarket carparks, there is no shortage of places to see winter migrants across the UK. So, who’s in and who’s out?

Which birds leave the UK for winter?

Having gorged on insects during the halcyon summer months, swallows, swifts, sand martins and house martins head back to their wintering grounds in Africa. Swifts leave between July and September, while swallows and martins take off slightly later, around September and October. You may have seen large numbers of them lining up on telephone wires or wheeling about in the sky in preparation for their onward journey.

These frequent flyers aren’t the only ones who risk their lives on a 5,000-mile journey. Most whitethroats, warbler species and wheatears also head to Africa in October, but small resident populations have started spending winter in the UK, too.

Then there are the larger birds. Ospreys are famous for their autumn migration back to Africa, while seabirds like puffins and gannets brave the colder months out at sea.

Passage migrants stop off in the UK as part of a longer journey, taking time to rest and refuel. They usually stay for a few weeks during spring and autumn before moving on.

Most passage migrants are waders such as dunlin and green sandpipers, while others include tern species like black terns. In fact, we were lucky enough to see a black tern at Brockholes in May!

Which birds come to the UK for winter?

Our most famous winter migrants are redwings and fieldfares. These thrushes arrive from Scandinavia (where they have escaped the bitter cold and depleted food supplies), and can be seen gorging on berries among our trees and hedgerows as well as foraging in the fields.

Keep your eye out for bramblings, Bewick’s swans and whooper swans, too, as well as huge influxes of waders. Every autumn the UK’s coasts and wetlands are inundated with around 1.5 million lapwings, half a million dunlin, 300,000 knot, 300,000 oystercatchers, 60,000 bar-tailed godwits, 50,000, redshanks and 40,000 grey plovers!

Find out more about wintering waders

Partial migrants are birds that migrate in some places but not in others. Starlings are a prime example – our own populations stay put while those from colder countries in eastern Europe head to our comparatively balmy shores. This is one of the reasons why you can see such incredible starling murmurations during autumn and winter, as these huge influxes join our resident birds to form seriously impressive flocks.

Other partial migrants include chaffinches, robins and blackbirds.

One of my favourite things about autumn and winter is waxwings. These stunning birds live in Scandinavia and eastern Europe for most of the year, but if their berry crop is poor, they’ll fly to the UK in huge numbers called ‘irruptions’. We normally get a couple of hundred birds, but when the berry crop back home is particularly bad we can see tens of thousands flooding trees around the UK.

Where to see migrant birds in Lancashire, Greater Manchester and North Merseyside 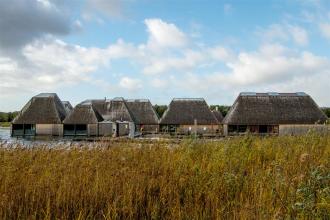 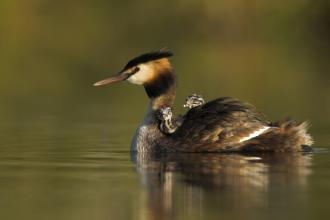 Feel your worries wash away as you stroll around tranquil lakes and peaceful woodlands brimming with wildlife. 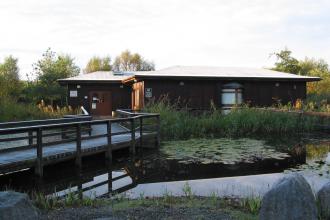 Wildfowl, waders and abundant wildflowers thrive in this tranquil oasis of lakes and woodland. 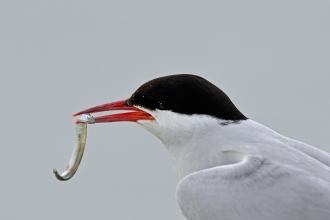 Life never moves in the slow lane at Seaforth, a coastal nature reserve home to hundreds of thousands of waders and seabirds. 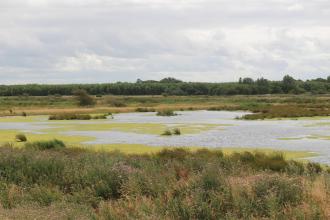 No matter the time of year, Lunt Meadows is brimming with brilliant birdlife. 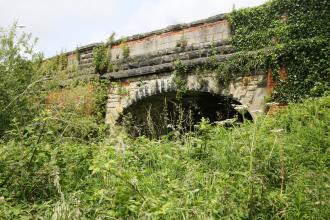 You can stay up to date with the latest bird sightings across Lancashire, Greater Manchester and North Merseyside by signing up to receive our monthly newsletter.

In spite of the somewhat changeable weather this February, our brand new photography competition has burst into life with some fabulous…

It’s definitely feeling fresh, but don’t let that stop you heading outside to explore the nature on your doorstep. Not sure where to…

Dip into the world of dabbling ducks

Winter is a wonderful time to see wildlife, particularly for fans of our feathered friends. Our lakes, rivers, reservoirs and coasts are…