Eight of the best signs of spring

As the dark, cold days of winter finally start to fade, it’s time to head outside and enjoy nature’s wonderful signs of spring.

Spring signs herald the new life, sunshine and longer days to come, and are a welcome sight after months of gloomy weather. From out in the wide open countryside to the smallest urban parks and gardens, everyone can spot at least one of these signs of spring.

When does spring officially start?

We officially enter spring on the day of the Spring Equinox. This usually happens around 21 March each year: the first day of astronomical spring. That isn’t to say that nature waits until the Equinox to show off her spring signs. These all depend on the climate, as plants and animals time their blossoming, breeding and emergence to coincide with conditions out here in the big wide world. This is why climate change can have such a harmful effect on our wildlife. For example, as the seasons change unpredictably, pollinators may lose synchronicity with the flowering plants they depend on for food.

What are the first signs of spring?

From blossoming flowers to buzzing insects and amorous amphibians, here are some of the first (and best) signs of spring to look out for as you head outside over the coming weeks.

The arrival of migrant birds

The return of some of our favourite spring birds is a bit of a whacky race! Sand martins are usually first to arrive, dropping back into their favoured nest sites around mid-March. Their gorgeous cousins, the petrol-blue house martins, follow closely behind and tend to enter our skies as April arrives. Swallows return around the same time while swifts, with their iconic sickle-shaped wings and joyful screams, bring up the rear, soaring back into the UK between April and May.

The UK’s spring and summer migrant birds aren’t all hirundines (the family of birds that include house martins, sand martins and swallows). Blackcaps, whitethroats, wheatears and warblers all start flooding back to the UK between March and April.

A surge in birdsong

Of course, with all of these new arrivals comes even more birdsong. However, the main reason we hear more birds singing during spring is because it’s time to breed. What you can hear are mostly male birds staking claim to territory and showing off to females; ensuring breeding success. They sing throughout the day, but the real show happens before your alarm goes off. Brave a 4am start in the month of May to experience the unforgettable spectacle of the dawn chorus at its peak.

Some of the first flowers to bloom are also some of the most beautiful, filling the landscape with wonderful colours, shapes and scents. Keep your eyes peeled for these wildflowers on your next walk: 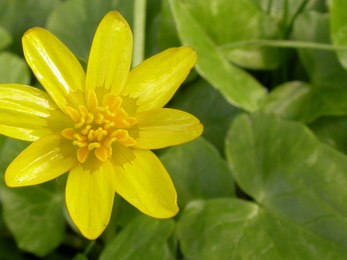 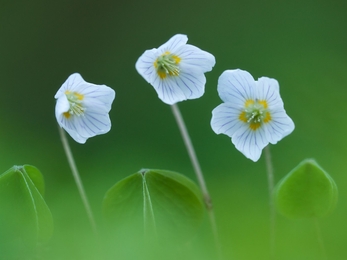 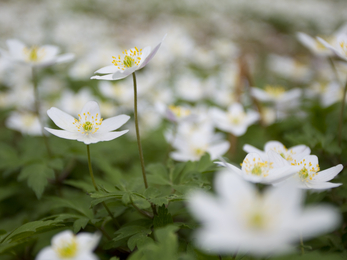 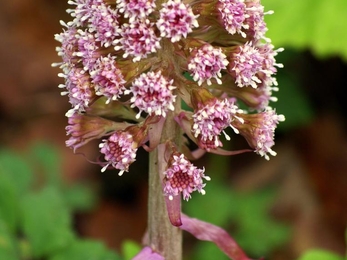 Butterbur by AdamKR/Flickr.com, CC BY 2.0 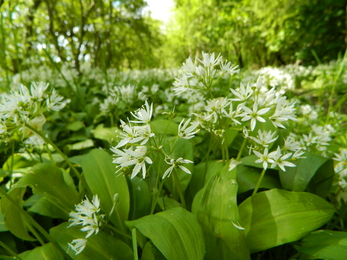 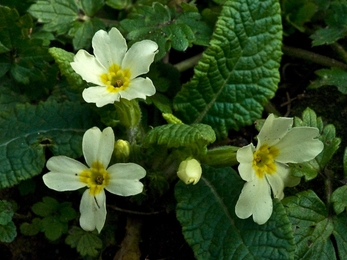 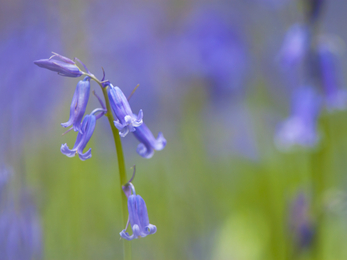 New life isn’t limited to the forest floor – all blooms above our heads, too. The male catkins of trees like hazel and alder dangle invitingly, releasing pollen into the spring breeze to be carried to female catkins (which look more like flowers) on separate trees. Willow catkins are altogether different – the males erupting with the softest grey fluff before their bright yellow, pollen-rich stamen grow through.

As catkins are reproducing, tree buds grow and grow until, finally, the first fresh green leaves break through. Then there is the unmissable spectacle of rowan, hawthorn and wild cherry trees heavy with blossom that seems to appear out of nowhere.

The first bees and butterflies

Warmer days rouse bees and butterflies from their winter slumber. Queen bumblebees emerge to gorge on early nectar before starting a new nest: buff-tailed bumblebees with their gold-furred bottoms, and tree bumblebees with their ginger vests are among the first spring bees on the wing. Newborn solitary bees follow closely behind, hatching out of the cocoons where they’ve spent a cosy winter.

The brimstone is the iconic spring butterfly, with dairy-yellow wings that are said to have put the ‘butter’ in ‘butterfly’. They have a brown spot on the underside of each wing, and prominent veining on their underwings that helps them blend in with leaves.

Frogs and toads can be hard at work from as early as late February, laying gloopy clumps of spawn in their breeding pools. In fact, both of these animals return to the very pools where they themselves were born to spawn. Frogspawn is the stuff you see laid in big clusters, whereas toadspawn is laid in trailing lines like strings of pearls.

Bird courtship is one of the surest signs of spring, and some of the UK’s birds certainly know how to put on a show when it’s time to breed. Keep your eyes on the skies during March as this is when buzzard pairs start displaying. Paired for life, they reaffirm their bond in a spectacular aerial display often referred to as ‘the rollercoaster’. The male soars high into the sky before tumbling down to impress his partner, and sometimes the two birds may stoop together, locking talons as they spiral downwards.

Then, of course, there is the unforgettable great crested grebe ballet. After much head-shaking and feather-ruffling the birds dive beneath the water, grab mouthfuls of weed and rush towards each other. When they meet, they rise high out of the water and dance around one another in a frantic waltz.

The call of the cuckoo

Some of the most iconic spring signs are heard rather than seen. The simple yet beautiful call of the cuckoo is spring through and through, in just two notes. Though cuckoos have declined by huge numbers in our region, you may still be lucky enough to hear one heralding its return to our shores. They’ve been recorded on Brinscall Moor, in the Forest of Bowland, and at Mere Sands Wood, Lunt Meadows and Bickershaw Country Park.

Cuckoos have a very easy ride. They fly here from Africa to gorge on hairy caterpillars and lay their eggs in other birds’ nests. Their young are raised by the poor host-mothers (usually reed warblers and meadow pipits) while the cuckoos fly home.

What are your favourite signs of spring? Have you spotted any yet? Share your pictures and videos with us on social media!

Where to see spring wildlife

The secret world of fungi

Fungi come in a dizzying array of shapes, sizes and colours, but there is more to these weird and wonderful creatures than meets the eye…

As we talk of a 'new normal', what does this mean for our Trust, and for the natural world as a whole?

How to go wild and peat-free in your garden

Wildlife-friendly gardening is such a wonderful way to support everything from bees to butterflies, lizards to ladybirds and hedgehogs…