A day for a flutter of butterflies

Such mornings as this, seem to suggest rather than dictate how I should wander out on the moss.

A peacock butterfly sunning itself on a stony path confirmed that the weather was just right for the treat of a butterfly morning with the possible bonus of a few dragonfly. A black tailed skimmer on the same path a few places on confirmed that positive thought.

From then on I simply followed the directions being offered by wings fresh in colour and life. Small tortoiseshell butterflies seemed to have emerged in good number keeping my attention fixed, away from birdwatching. Well, until a quail called from a nearby crop of winter-sown barley, which by now had the right density for this later arriving summer migrant to breed within.

The quirky call it uttered did not fool me, experience reminding me that his far carrying call is to gain a partner and not for me to see him.

This released me to continue my wander which then led to the baton being temporarily handed over to other wings for me to follow - common and blue-tailed damselflies flitted about in the now energy draining sun.

It was time to start my steady retreat but such times always introduce rearguard actions by the Wild and today being no exception to this rule, I was invited to admire the shimmering beauty of a female banded demoiselle.

I reluctantly broke free of this summer ‘dazzler’ and finally made it back home, but not before pausing to admire a few comma butterflies. 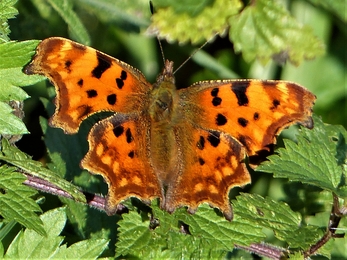 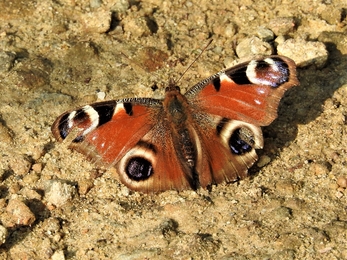 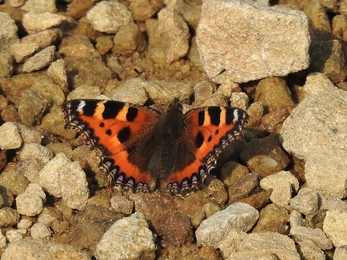 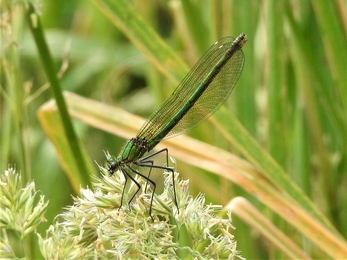 It’s safe to say it’s been a very strange year so far. We had to temporarily close our large reserves with car parks and visitor…

Why I'm pledging to walk 50,000 steps for wildlife

Are you taking part in Wild Walk Week? If you still aren't sure, our Individual Giving Officer, Vicki, is here to tell you why you…