A feeding frenzy on Day 10

A splash of rain brought about a spontaneous change on Day 10 of 30 Days Wild, as the sky above me filled with swift.

They had been there all the while but way beyond both my hearing and sight as they fed in the upper layers of the sky taking their spider prey. Yes, on gossamer thread, small spiders try to find new ground as they are lifted and transported by the breeze.

The prey of the swift now brought to lower levels had brought these masters of agile flight closer to my eyes, which were already cast down to ground level. No, not because the rain was in my face, but due to being drawn to an energetic feeding party that was on the adjacent field.

The softening of the ground had led oystercatcher and curlew to probe for food with ease. Blackbirds weaved in and out of these birds as they found that worms, responding to the pitter-patter of the rain, had risen to the surface giving these thrushes a chance to find food for their young.

The rain-blessed ground then released that fresh earthy smell. It seems that over the centuries we were programmed to react to such smells and get down to working the land, which was saying to our primeval senses, “The time was ready to heed the Wild and work in harmony with it.”

The Wild had brought me a harvest of birds to watch as it has done so for our ancestors throughout time. It’s time, especially now, for us to reconnect with the ways of the wild. 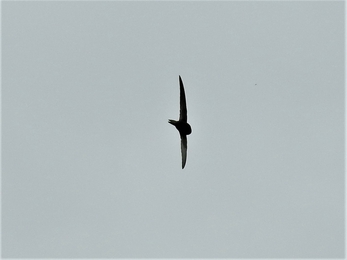 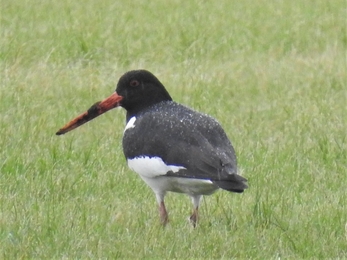 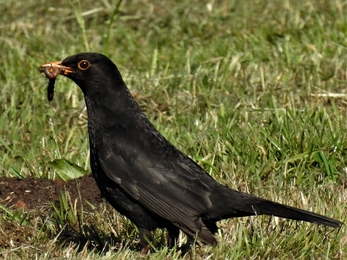 At last I feel that I have finally understood what Bill and Ben the Flowerpot Men were saying all those decades ago.

New Year just a snowfall away

The blinds drawn back and me straight into the role of Grumpy Father Christmas, created by Raymond Briggs. “Bah-Humbug.” thought I. The…