Day 17 of 30 Days Wild and the last of the year's breeding bird surveys for the LWT and today's Wild drew me over to the Cadishead Moss section of the reserve.

Area covered today was but 17 acres of the reserve but in truth the most important for me, for it was the first purchase that the LWT were allowed to buy to the south of the Manchester-Liverpool Railway line.

A pair of linnet set the scene with their naive simplicity, twittering their nest building intent into my records as the female carried a white fluff of cotton grass in her bill.

The male looked out for his love of the season, sadly small birds can't plan on long term relationships as their world is one in which a full lifespan is rarely reached.

Meadow pipit channelled their efforts into rising to a certain height and then, as if unsure they should be up that high, parachuted down at 45 per cent all the while singing their far-carrying song of summer. Not quite skylark in performance but impressive all the same.

A pair of tufted duck whizzed about the air, these birds now breed on this site in small numbers.

Reed bunting issued their worried alarms as I moved about the site, indicating another breeding season well underway, for the males were warning their females of my passing by their nests.

Then came that few minutes of sitting and watching and totting up my survey figures but this was not to be for long as by now the word had got out to at least 60 percent of the biting insects that there was a meal to be had. The Wild moved me on for another day. 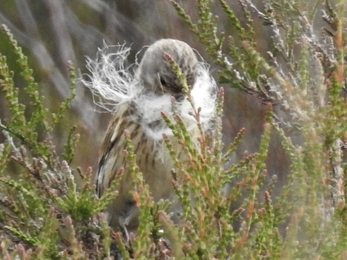 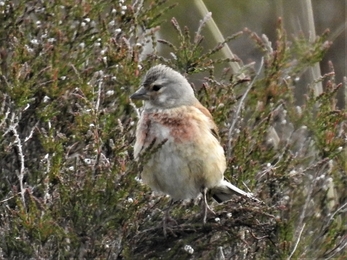 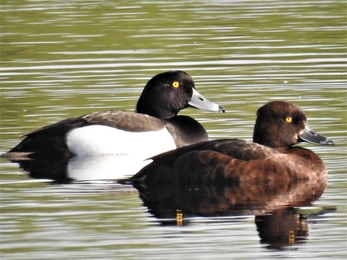 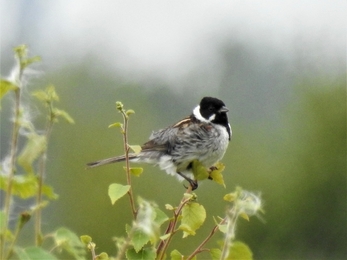