Wild warnings on the longest day

I heard them first, that almost troubled restless tone when they are unsure and pass this feeling on throughout their flock. It's also an assurance to those new to this newly formed community of birds that the lookouts saw the potential danger and will give the signal to be off now that everyone is up to speed

Then, for me, the thrill of seeing at least 280 lapwing rise from their hiding place in a potato crop and create both a confusing and beautiful swirl of wings. Yes, if I had been a predator my I would have been too mesmerised to do any harm.

The lapwing dispersed and left but an endearing and enduring  impression on my mind of a successful breeding season for these birds. Their summer had begun as had mine on this the longest day.

A pair of yellow wagtail then took umbrage at my presence chiding me for interrupting their food delivery service to their nest full of young.

A red admiral flitted by on summer wings as did a small tortoiseshell both of which just about obliged with a photo opportunity before the urgency of a summer begun, lifted them into the warm breeze.

Cinnabar moth caterpillars were next up for admiring whilst they were eating their way into the next generation of these red and black daytime flying moths.

A flock of starling then reminded me why my garden of late has become a little less frenetic, for once it played a role in the upbringing of their young with the food and water I put out for them. It was but a convenient starting point for them to launch themselves into the wider world where they could tackle crop pests - harmony between the wild and the farmer.

The summer had its first day, the longest one and it looked as if it needed it if it was to provide for the wild which grabbed hold of another season. 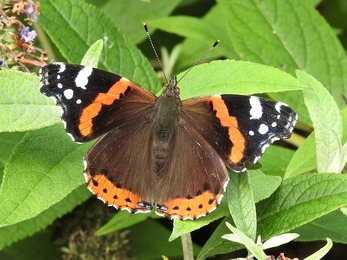 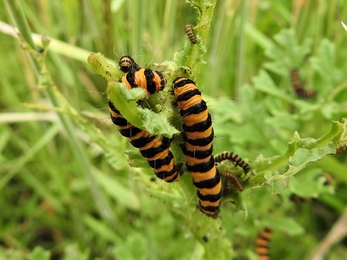 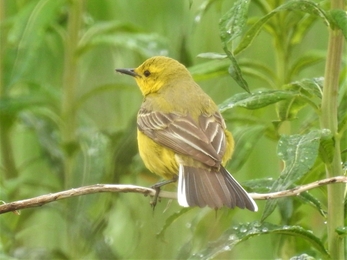