What's so great about ponds?

John has worked for LWT for nearly 25 years, during which he has specialised in woodlands, grasslands and now ponds. He spent 10 years walking the county’s wildlife sites for the Trust’s book: Lancashire – A Journey into the Wild, published in 2018.

Putting a pond in your garden is one of the best things you can do to help wildlife, but why? Our Senior Conservation Officer, John Lamb, explains what's so great about ponds and how you can incorporate one into your outdoor space.

Ponds support diverse communities of wildlife and enrich our lives, yet more than one million have been lost in the last 100 years. This is 75% of Britain's ponds, but what happened to them?

Ponds can be natural - e.g. an ox-bow in a river floodplain or created by ice melting at the end of the last Ice-Age - but most have been dug by people. For centuries, ponds played an essential role in people’s lives. It's thought that almost every village and farm in Britain had a pond, with both wildlife and people using the water. As technology, industry and agriculture advanced, many of these ponds were removed altogether or neglected so badly that they no longer support wildlife. Garden ponds, too, became rarer and rarer, with a rising trend for no-maintenance, paved outdoor spaces.

Why do we need more ponds?

Ponds are home to a dizzying array of plants and animals. Dragonflies and damselflies lay their eggs in ponds, and their young grow up hidden underwater in the pond vegetation. They feed on the other inhabitants of their pond: water beetles, midge larvae and even tadpoles. The lucky surviving tadpoles transform into frogs or toads that will return to breed in that same pond themselves, laying eggs alongside newts. But it isn't just the inhabitants of the pond that depend on it - ponds are visited by thirsty birds, hedgehogs, foxes, deer and even bees, while bats hunt the insects attracted to the water at night.

If that wasn't enough, ponds can play a vitally important role in connecting we humans with nature. Feeding birds, watching frogspawn turn into tadpoles and then froglets, and seeing dragonflies flitting around ponds are all important ways that children have early contact with nature. And regardless of age, these simple natural spectacles have the power to captivate us and full us with joy.

Fitting a pond into your outdoor space

Having a pond in your outdoor space is one of the most valuable things you can do to attract wildlife and help it thrive, and you don't even need a stately garden to do so. A good pond isn't necessarily a huge one - it all depends on how you put it together.

An old sink, washing-up bowl or even an old saucepan can be used as a place where birds and mammals can get a drink and have a wash, but put something like a brick in the water so that animals can stand up.

No matter the size of your pond, make sure it incorporates these features to make it as safe and welcoming for wildlife as possible: 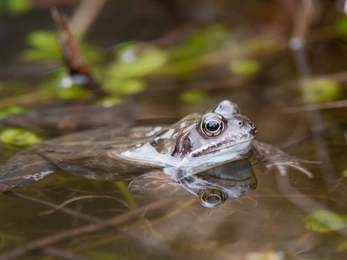 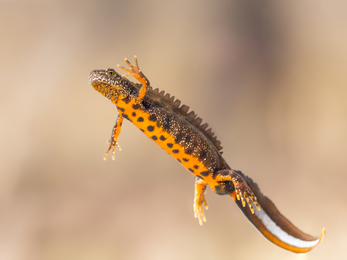 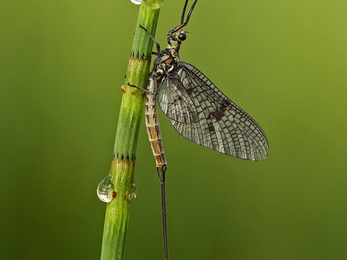 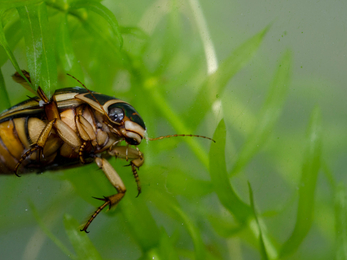 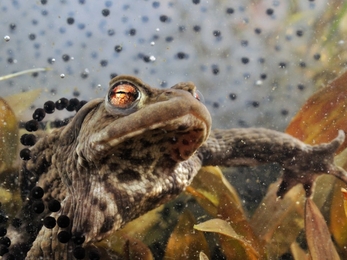 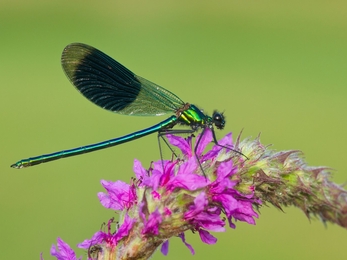 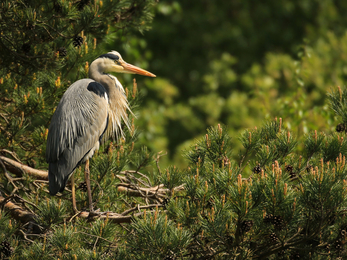 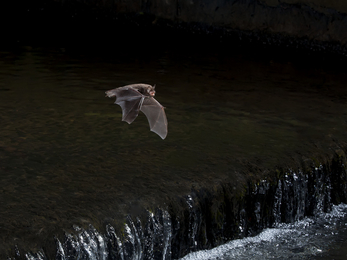 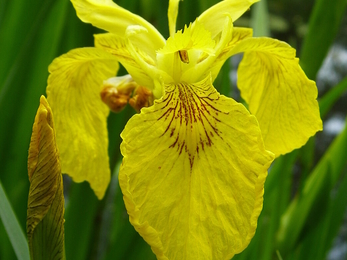 What wildlife lives in ponds?

An incredible amount of wildlife either lives in or visit ponds, depending on them for part of, or even all of their life cycle. In fact, ponds support two thirds of all freshwater species including:

And this is just a selection! Many of these species are rare or in worrying decline, so you can see what an important role your own pond could play in their survival. This is particularly true of newts, of which we have three species in Lancashire, Manchester and North Merseyside: smooth newt, great crested newt and palmate newt.

Newts spend the day at the bottom of their ponds or in nearby vegetation, but are active at night and feed mainly on invertebrates and tadpoles. Their preference for after-hours hunting doesn't always protect them from predators, however - fish will eat amphibian eggs, tadpoles and larvae, so the best amphibian ponds have lots of plant growth but no fish.

Unlike frogs and toads, female newts lay eggs singly on the leaves of aquatic plants like water forget-me-not and water mint, which they fold over to hide and protect their eggs. Including some of these plants in your pond is a great way to encourage newts to set up home.

Taking action for newts in Lancashire, Manchester and North Merseyside

Our most distinctive and beautiful newt is the great crested newt. They're the largest of the three species, with an orange belly with black blotches, and warty skin which earned their nickname, 'warty newt'. Males sport a black wavy-edged crest along their backs from neck to tail. Great crested newts are also becoming rarer and rarer in the UK, and are legally protected under UK legislation.

Until 2021, developers had to apply for a license before building on or around the places where great crested newts were found. Licenses were granted on a site-by-site basis, which missed opportunities to manage populations of newts on a landscape scale, and resulted in newt habitats being squeezed around development, often in disconnected patches.  There have been dramatic declines in great crested newt populations in the UK over the last 60 years despite their legal protection and millions of pounds being spent on licences every year.

As an alternative, Natural England has developed a new ‘District Level Licensing’ scheme by working with Wildlife Trusts and landowners in Cheshire and Kent over a two-year trial period. In November 2019, we applied to Natural England to be the Habitat Delivery Body for Lancashire. The scheme was launched in Lancashire during the last week of January 2021.

By the end of March 2021, we will have created or restored nearly 60 ponds across Lancashire. Landowners have been enthusiastic about creating new ponds on their land and everyone recognises that the ponds will benefit a wide range of wildlife including other amphibians, water birds, dragonflies and aquatic plants. This new ‘landscape scale’ licensing scheme provides a more straightforward process than traditional licensing while helping to provide more homes for newts.

The new scheme is funded by conservation payments from developers to restore and create new ponds in locations that will benefit great crested newts as well as lots of other wildlife. These payments also cover regular pond inspections and management for 25 years, so we can't wait to see how they progress.

Newts and other pond wildlife is under threat in our region, but we're working hard to turn this around.

You can help us create more homes for newts.

Become a member today and support our conservation work to restore ponds and build new ponds in local wildlife refuges.

The brilliance of beetles