Dunlin on the Mersey by Richard Steel/2020VISION

After decades of improvements to this internationally important wildlife refuge, it now faces a new, perhaps even greater challenge. In 2011, multi-billion-pound private sector plans to harness the estuary’s tidal flow were put on hold, safeguarding – for now – populations of wading birds, ducks and fish that may have been severely impacted by proposals to build a tidal barrage. With marine life and seabirds under threat from all angles, protecting these habitats is of crucial importance.

We’ve been involved in previous consultations over Mersey Estuary tidal energy plans, along with Cheshire Wildlife Trust, and continue to monitor any movements and discussions.

In 2018, Liverpool City Region’s Metro Mayor’s Office commissioned an economic feasibility study for tidal energy production from the Mersey Estuary. This indicated that, although the economics are now more favourable, these still fall short by 20 per cent. As yet, no detailed assessment has been commissioned specifically on potential international, national and local impacts on the natural environment, though relevant surveys and analyses are proposed to be undertaken from 2020-2022.

On 28 February 2020, the Liverpool City Region Combined Authority approved £2,500,000 to carry out the next phase of work and so develop a preferred option to take forward to planning.

Alongside Cheshire Wildlife Trust, we published our views on the 2011 proposals, which did not progress, in a document entitled ‘Mersey Matters’. This document will be updated in response to the new proposals from the devolved Liverpool City Region Combined Authority; proposals that we currently understand include options for an onshore or an offshore tidal lagoon off the North Wirral Foreshore and a tidal barrage across the Mersey Narrows.

We’ll also be seeking input from the North Wales Wildlife Trust, as these latest proposals may have effects on coastal and intertidal habitats in northeast Wales.

Read The WildlIife Trusts view in the Mersey Matters report. 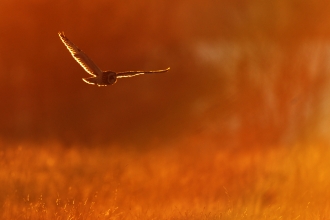 Standing up for wildlife

We're a local charity with a national voice, standing up for wildlife and wild spaces across the country and lending our support to…