Why do we fell trees?

Why do we fell trees?

Now Head of Land Management, Fiona previously managed our Merseyside nature reserves and our Red Squirrel and Grazing Animals projects. She now also sits on the Liverpool City Region Local Nature Partnership. Her happy place is in the lambing shed.

Conservation is the preservation, protection, or restoration of the natural environment and of wildlife so why is it that we fell trees?

Felling trees is an integral part of wildlife conservation. It may seem counterintuitive when your aim is to manage, maintain and restore habitats and species, but there are lots of reasons why it's a really important part of our work.

In Britain, woodland is what is known as a ‘climax’ ecosystem. This means that every habitat will eventually settle/grow into woodland, so if we want to maintain any other habitat then we have to remove trees.

This ‘habitat’ management started in Neolithic times when humans began to settle and to use the land to grow food and crops. At this time around half of Britain’s tree cover was removed. Any that still remains is designated as ‘ancient woodland’ and is given full protection within British Law.

The habitats that we maintain through the removal of trees include grassland, heathland, peatland or bog, and sand dunes, as they are home to rare plants and animals. We continually remove trees in these wild places at the stage of it being defined as scrub.

When you look at the shocking figures, it becomes even more apparent just why we need to remove trees in these habitats. 98 per cent of the lowland peatlands across Lancashire, Greater Manchester and North Merseyside have already been destroyed, and the precious 2 per cent that remain face serious threat. Around 85 per cent of heathland has been lost over the past 150 years through agricultural development and the planting of conifers. During the 20th century alone, 90 per cent of flower-rich meadows were lost. These losses were driven by housing, roads, railways and agriculture, and now, we must continue protecting them from other threats, including natural threats like 'woodland succession' - where trees will naturally spring back up and turn the habitat from bog, for example, back to woodland; changing the landscape and unfortunately causing the species that live there to die out.

As a wildlife conservation charity, we constantly monitor what and why we do what we do with the aim to manage, maintain and restore some of the rarest and most valuable habitats and species. When we choose to manage a site or habitat we make a decision about what habitat we which wish to hold it at. Sometimes habitats have been planted on or have naturally succeeded to scrub or woodland which is not as beneficial to wildlife or as rare - in these cases we would remove the majority of the tree cover, or in some cases, all of the tree cover, to restore the original habitat. Examples of this might be on our peatland reserves where trees are removed to keep the site wet and boggy and to ensure the survival of species such as the bog bush cricket.

We manage around 300 hectares of woodland, many of which are examples of the regions post-industrial past and range from semi-natural ancient woodland to plantation woodland

As well as removing trees at 'scrub' stage, we sometimes have to fell more mature trees - particularly for woodland management. Removing these trees can actually boost biodiversity in our woods - that is, the number of species of plants and animals found there. Woodlands can have the most intricate of conditions or microclimates and by changing conditions such as light availability or water (through the targeted removal of trees), we can create the conditions for more species to thrive. An example of this is the common dog-violet, which likes growing in sunny patches of woodland where the light can penetrate. In turn, it is the foodplant of the rare small pearl-bordered fritillary butterfly. Removing or coppicing some trees can mean more violets, which means more fritillaries.

Without some form of management many of our woodlands would become dark, over-shaded and dominated by big mature trees without any variation in structure, age or cover. Ultimately this reduces the amount of wildlife that can live in them so we aim for a mix of habitats in our woodland nature reserves. Much of this work mimics natural processes like wind and storm damage.

Our nature reserves see lots of visitors out enjoying nature, so we need to make sure that footpaths are safe. This may involve removing some surrounding trees that are deemed a health and safety risk.

We also carry out tree safety assessments where trees may cause damage to buildings, removing any limbs or trees that may fall in adverse weather conditions.

Where there is no human activity within a woodland then we leave standing deadwood and dead limbs to fall, as deadwood is incredibly valuable to woodland invertebrates and in turn birds and mammals.

Stopping the spread of disease

We may choose to remove diseased trees to stop the spread of a disease, the most recent example of this being ash dieback. This is a devastating tree disease that has the potential to kill up to 95 per cent of ash trees across the UK, comparable to the Dutch elm disease which devastated elm trees in the UK in the 1970s.

Fighting ash dieback will be a big part of our work in the next five years where a number of our more northern sites have been affected, including Brockholes Nature Reserve. Ash is usually secondary woodland growing as a plantation or as successionary woodland which typifies the ash woodland that we manage and maintain. Individual trees lose their integrity very quickly and can be a safety problem once the decision has been made to remove them. We will continue to monitor our sites with high densities of ash trees and will make decisions based on safety.

Wildlife that benefits from woodland management 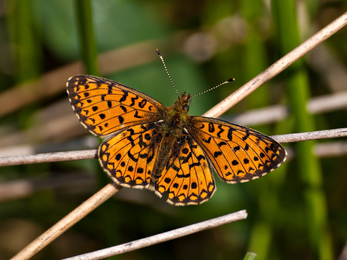 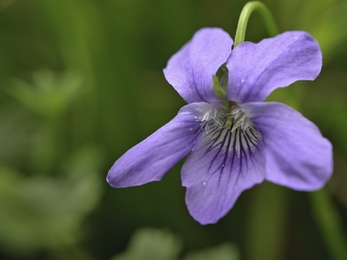 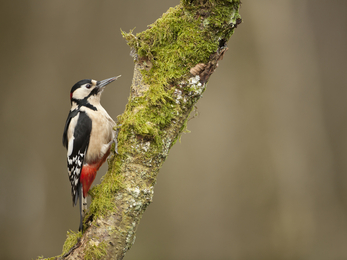 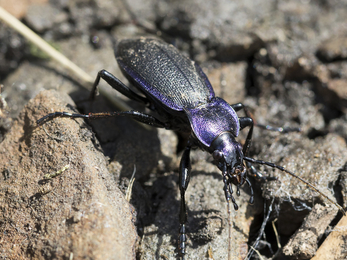 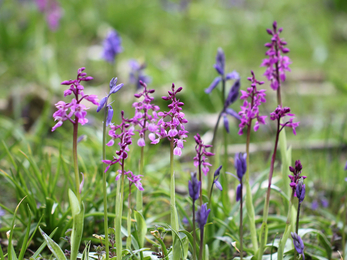 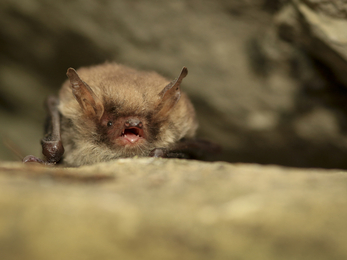 All of our nature reserves are managed to give the wildlife there the best chance to thrive, and many of them form stepping stones between other green spaces; helping us create a Nature Recovery Network. An example of this is Warton Crag, which we manage in close partnership with Lancashire County Council and the RSPB. A mosaic of woodland, grassland and limestone pavement, the needs of this wild space need to be carefully considered and a balanced approach to management put in place.

Often, the trees we fell are given a second lease of life as logs sold at our visitor centres at Brockholes and Mere Sands Wood. Not only does this make use of the wood, but it brings in vital income to fund our conservation work. We're now expanding this venture with the purchase of a wood mill so we can make more use of the trees that are felled. As well as creating more wood products to sell at our visitor centres we'll make fence posts and rails for our own nature reserves, to improve these wild places for both people and wildlife.

Help us care for local woods

With your support we can continue campaigning for the protection of ancient woods, caring for our woodland nature reserves and bringing neglected woods back to life.

How genetics can help us conserve threatened wildlife

Genes aren't just the blueprint of our bodies - they're a vital tool in wildlife conservation. Youth Council member, Katherine…

The results of our 2020 hedgehog survey

We were overwhelmed by the response to our 2020 hedgehog survey. A fantastic 1,085 of you submitted your hedgehog sightings, and the…