Theft is huge setback for wildlife

A polytunnel was destroyed at Little Woolden Moss, removing protection for rare plants and an important hibernation spot for lizards and small mammals.

Metal supports were stolen from the polytunnel, which also acts as a shelter for Lancashire Wildlife Trust officers and volunteers in bad weather.

Little Woolden Moss and neighbouring Cadishead Moss are former peat extraction sites, which have been turned into wildlife havens by the Wildlife Trust.

But, over the past three years the site has been repeatedly targeted by thieves - a hide was burned down and specially created benches and sculptures have been stolen.

Chat Moss Project Officer Mike Longden said: "The polytunnel is important as it offered protection and was used to grow a variety of mossland plants, including common cottongrass and sphagnum mosses, important in storing carbon.

"It has been used as a shelter for work party volunteers in bad weather and we share it with some wildlife - common lizards and small mammals use it as a great place for hibernation."

The polytunnel was used to grow mossland plants including cottongrass and sphagnum moss, both important in storing carbon. 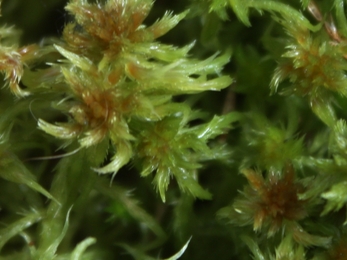 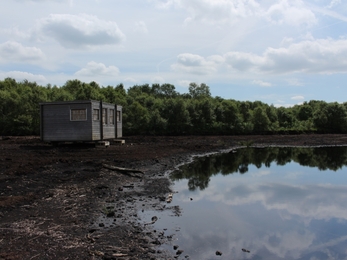 The polytunnel is important to grow plants that are native and vital to the mossland. It has been a multi-purpose building and a great meeting place for volunteers.

Lancashire Wildlife Trust Campaigns Officer, Alan Wright, said: "Obviously these mossland areas are out of the way. They are wildernesses and they do not get too many visitors, so thieves and vandals attack them. It’s a shame because we have seen signs that local young people have made use of the polytunnel - and in the past the bird hide - for shelter.

"The people stealing from these reserves are not going to make a lot of money but they are causing immense setbacks for the job we are doing here.

"This work is for the whole community and everyone misses out on these fantastic wildlife havens if they are vandalised. So the thieves and vandals are stealing something special that we are creating for them and their children." 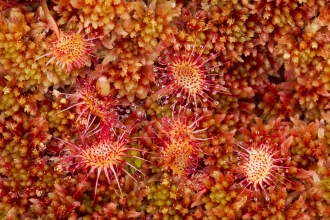