Providing new homes for species that have been lost to wetland habitat destruction, and restoring lost biodiversity

By working together with passionate partners, we're recreating lost or damaged wetland habitats so they can once again support the reintroduction of lost species. Many of our wetland areas were historically drained, degraded or otherwise destroyed, meaning that the specialised plants and animals that lived on them became locally extinct.

Thankfully, our wetland restoration work has meant that many of these habitats are now ready to welcome back their lost species. Following the strict IUCN Reintroduction Protocol we are working to reintroduce a number of plant and animal species, many of which have not been seen for over 100 years.

Which species are we bringing back?

The large heath butterfly is one of the species we're reintroducing in the Great Manchester Wetlands. Photo: Steve Rawlins - Chester Zoo

Locally known as the Manchester argus, the large heath butterfly was last seen in the Great Manchester Wetlands over 100 years ago. Being specially adapted to living on peatlands, the large heath died out in the area when these habitats were drained and the peat exploited starting from the time of the Industrial Revolution.

A few isolated populations managed to remain in other parts of the North West, but unable to cover the distances required, the large heath is unlikely to recolonise on its own. However, thanks to the hard work of our partners, including the breeding programme at Chester Zoo, we have now reintroduced the large heath butterfly to Astley Moss, with plans for further releases on other sites in the future.

Summer 2019 saw a small number of pregnant females collected from a surviving population on Winmarleigh Moss near Garstang and transported to Chester Zoo where they laid their eggs. The dedicated zoo staff cared for the caterpillars whilst they hatched, grew and then pupated. The pupae were then transported to their release site where they have now emerged to start the first population in the area for over 100 years!

Historic burning of their peatland habitats has caused the bog bush cricket to become locally extinct in many of its traditional wetland homes. It is a short winged (brachypterous) species and so cannot fly, meaning that it is unlikely to return to colonise new areas independently.

The GM Wetlands team have been working to restore habitats suited to the bog bush cricket, including the wet ground with purple moor-grass in which it lays its eggs and the heather it relies upon as a food source.

A small number of breeding individuals have been collected from existing bog bush cricket populations at Holcroft Moss, Cadishead Moss and Pestfurlong Moss, and have been allowed to breed in captive care. Once eggs had been laid, these were collected and specially stored. Bog bush cricket eggs need to be stored at ambient temperature until winter and then refrigerated until the following spring, and this process is repeated twice, as the eggs lay dormant for two years before hatching.

It is planned to conduct a small trial release of juveniles in summer 2022 on Astley Moss and Risley Moss, whose numbers can be bolstered by future releases in following years, forming a robust population across the GM Wetlands area.

The white-faced darter is one of the UK’s rarest dragonflies and is only found at a handful of locations, including at an ongoing reintroduction project at Delamere Forest in Cheshire.

A lover of lowland peatbogs, white-faced darters require specialised bog habitats to survive. The specific water quality and submerged sphagnum moss of bog pools allows the nymphs to hide and grow in safety, and common cotton grass and soft rush provide the ideal ladder for them to emerge.

Currently the GM Wetlands partners are working to assess and improve potential release sites with the hopes of reintroducing the white-faced darter to the area. Not only will this help improve essential biodiversity, but also the creation of several breeding populaces is vital for the creation of a robust and healthy population.

Species reintroduction is about more than animals, with rare and specialised wetlands plants being an essential part of these precious ecosystems.

We are working to reintroduce classic peatland species such as common and hares-tail cotton grass, cross-leaved heath and sphagnum mosses. And with over 160,000 specimens planted to date (and another 180,000+ to come) across all of our sites, significant changes can already be seen.

We are also working with the North West Rare Plants Initiative to reintroduce a number of rare plant species, such as the carnivorous great sundew, oblong-leaved sundew, lesser bladderwort, and other rare wetlands specialists including white-beaked sedge and bog asphodel, many of which were likely to die out completely without our intervention.

Many of our partners are listed below, but others may become involved as and when appropriate.

The project has received funding from Veolia Environmental Trust and Casey Group Ltd (secured and administered by Lancashire Wildlife Trust), plus additional funding input from Salford CC, Warrington BC, Wigan Council and Bolton Metropolitan Borough Council. It has also received considerable input from partners and other organisations in terms of resources, and employee and volunteer time and expertise. 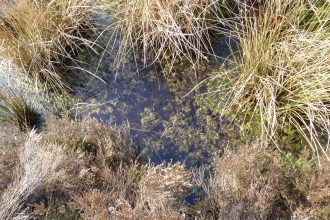 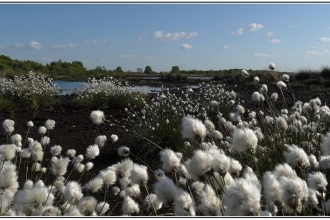 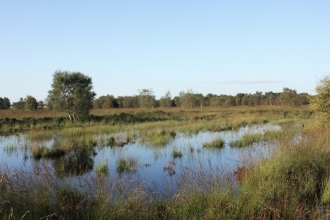 Peatlands: What are they and how did they form?

Lowland peatland habitats are a piece of living history. From the ice age to the present day, let's take a look at how these…