Charlotte is one of our Marketing Officers; raising awareness of LWT, our stunning reserves and your amazing local wildlife. She’s never happier than when walking in, writing about or photographing nature.
Sand dunes aren’t just a feature of exotic deserts – we have our very own sand dune systems in Lancashire and Merseyside. But how did they form, and why are sand dunes so important?

The Fylde sand dunes in particular are an important feature of our coastline, covering around 80 hectares between Starr Gate in the north and Lytham in the south. In fact, 90 per cent of Lancashire’s sand dunes are in Fylde, forming a natural sea defence and rich wildlife habitat.

What is a sand dune and how is it formed?

Sand dunes can take thousands of years to form, with the very oldest dune systems around 9,000 years in the making! As time passes, sand gets trapped by obstructions on the beach and is then stabilised by the growth of coastal grasses such as lyme grass, and as this is engulfed, fast-growing marram grass.

As more sand is blown against the new dune it grows and stabilises, but even then, sand dunes can constantly move and change throughout the year. In areas where the dunes are more or less stable, finer grasses, herbs, plants and lichens grow.

Why are sand dunes important?

Highly specialised for the harsh environment, the plant life found amongst sand dunes is often rare and found nowhere else in the UK, in turn encouraging incredible wildlife to move in.

But sand dunes aren’t just a haven for wildlife, they’re also a vital soft sea defence for communities along the Fylde coast. The Fylde dunes absorb the energy of the sea during storms and act as a buffer against the wind. They also act as a natural barrier to the sea at high tide, and release sand during storms to ease wave action, reducing the risk of flooding.

Did you know that more than 280 vascular plants have been recorded on the Fylde sand dunes alone? These include several internationally rare plants such as Isle of Man cabbage and dune helleborine, as well as more common – but no less beautiful – dune plants like sea holly (a spiky mass of purple-blue thistle-like heads), pretty dune pansies and round-leaved wintergreen.

Insects like grayling butterflies (a declining coastal species) and burnet moths potter amongst the plants, while birds like skylarks, linnets, stonechats and wheatears flit between the humps of sand. You may even be lucky enough to spot a common lizard scampering through the undergrowth or warming up on a patch of toasty sand.

This incredible biodiversity has seen a large area of the Fylde sand dunes be designated as a Site of Special Scientific Interest (SSSI). 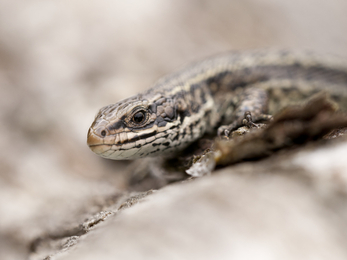 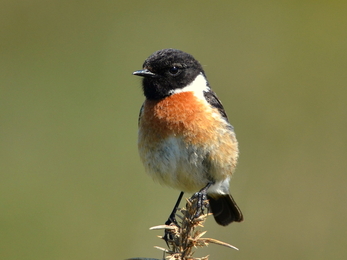 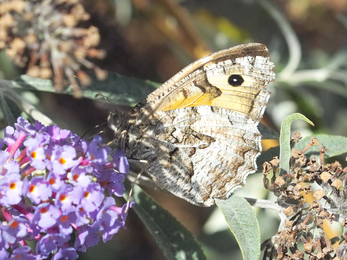 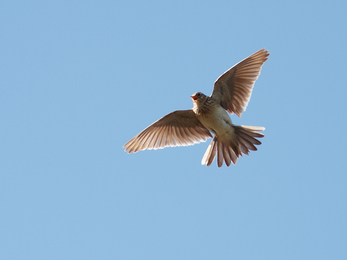 The loss and degradation of grassland habitats is playing its part in the decline of the skylark in the UK. Image by Stefan Johansson 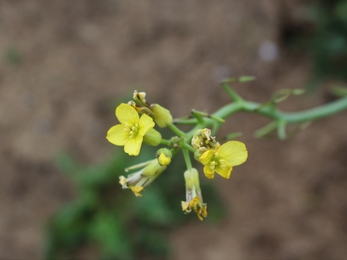 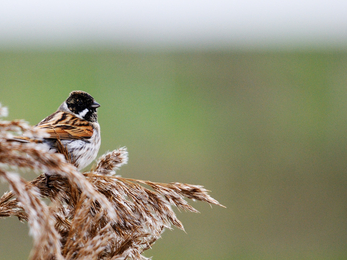 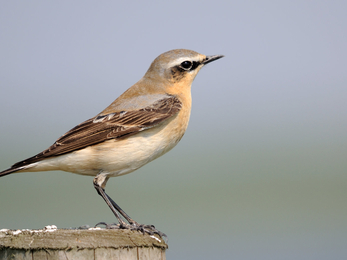 Sadly, 80 per cent of our sand dunes have been lost to development and erosion in the past 150 years, so we set up the Fylde Sand Dunes Project in 2008.

This is an exciting partnership between The Wildlife Trust for Lancashire, Manchester and North Merseyside, Fylde Council and Blackpool Council, currently exclusively funded by The Environment Agency until 2022. Through the project we want to encourage people to visit the dunes, teach people (including the next generation) about the importance of the dunes, and protect the dune habitat for both wildlife and people.

We are removing invasive species such as Japanese knotweed, Japanese rose, white poplar and sea buckthorn that outcompete the native flora that helps to create a healthy dune system. We are also giving nature a helping hand to speed up dune formation by planting dune grasses, using chestnut paling fences to trap sand, and burying dead Christmas trees in the dunes after the festive season has ended. This helps to create new dunes as windblown sand gets trapped in the branches.

The results of the Fylde Sand Dunes Project so far are incredible:

We’re so lucky to have such precious wild places in Lancashire and Merseyside. Why not come along and see what makes them so special?

We run guided walks on the Fylde sand dunes each month. Led by a passionate volunteer, you’ll learn all about the wildlife that lives in the dunes, how the dunes form and the work we’re doing to preserve them. You can find more details about the walks on our What’s On page.

Find our next sand dunes walk

Would you like to play a part in our conservation work on the Fylde sand dunes? Contact Amy Pennington on 07860 954290 or apennington@lancswt.org.uk for more information about our volunteer work parties, where you can help us to put up fencing, plant marram grass plugs and much more. 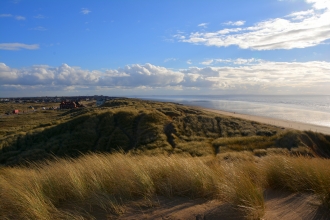 We've lost 80% of our sand dunes in 150 years. We want to raise awareness of this important habitat and protect its wildlife.

Our 2020 highlights: a year of saving wildlife

It has been a heart-breaking year, but despite the challenges and tears, there have still been some incredible highlights for our…

An ode to Little Woolden Moss

A task force for nature

The COVID-19 virus outbreak is placing severe restrictions on our working lives, but the Wildlife Trust for Lancashire, Manchester and…