Natural Carbon Capture allows you to invest in a local charity and help protect our Globally important peatland habitats which are critical in the fight against climate change. Your contributions go directly towards our work on the sensitive peatland habitats across Lancashire, Greater Manchester and North Merseyside, helping us to secure, restore and monitor these invaluable wild places.

Why are peatlands so important?

Formed on a foundation of peat, the wet, acidic, low nutrient conditions of peatlands mean they have stored millions of tonnes of carbon dioxide over thousands of years.

In the North West there are 840 hectares of peatlands that can be restored as carbon sinks, with the potential to absorb the carbon footprints of 25,657 people. But they are in trouble. Peat extraction, development and misconceptions about peatlands being simple 'wastelands' has led to them being exploited, and once this landscape is drained or dug up, vast amounts of disturbed carbon dioxide is released back into the atmosphere.

The degraded peatlands in Northern Britain could be leaking as much carbon into the environment every year as 110,000 cars

Be part of the solution

Only 2% of lowland peatland habitats remain across the North West and you can help us save them. The money you donate will help us purchase threatened peatlands and protect them from exploitation, as well as continue our work on our other peatland nature reserves.

Restoring peatlands to their former glory as carbon sinks can be as easy as blocking a few drains to make the spongy soils wet again. Nurtured back to health, the carbon payoff is immediate.

Not only that, but investing in the Natural Carbon Capture scheme means you are supporting a local charity working in your area, on projects with a global significance. The scheme can help you gain a competitive advantage by motivating staff, enhancing your corporate image and attracting positive media coverage.

We genuinely care about nature and the environment, and we're dramatically reducing our carbon footprint – a very difficult task in the transport industry as vehicles are constantly emitting fumes into the environment. At EcoSpeed, we really feel that this should be done on a local level. Investing in the environment surrounding our towns and cities makes a lot more sense to us, and for this reason we have partnered with Lancashire Wildlife Trust.

We're very proud to partner with LWT as they are one of the UK’s leading conservation charities, who are working hard with us to deliver our targets. Each month 10 per cent of our profit goes to them so they can invest it in various North West-based carbon offsetting projects.

Since the start of our partnership to the end of 2017, EcoSpeed contributions have helped restore mossland habitats in Manchester with a carbon absorption value of 1,827 tonnes of carbon: no mean feat and something we're immensely proud of.

Chat to our team 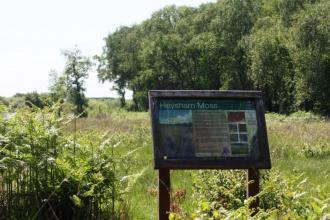 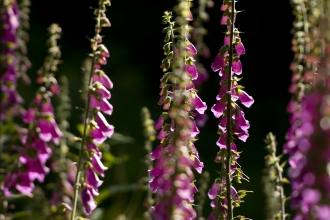 Marvel at a true wilderness nestled just a stone’s throw from the urban jungle. 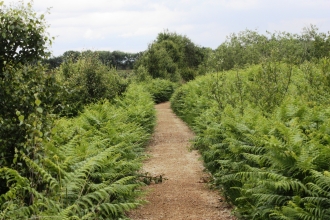 Sphagnum moss, common lizards and dragonflies are reclaiming these once-exploited peatlands, whose scars are only just beginning to heal… 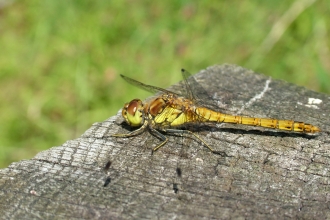 Common lizards hide amongst the specialist plants on this important peatland. 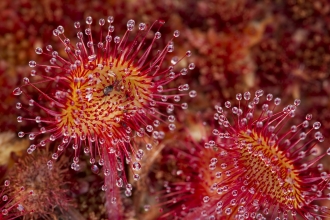 Lancashire’s largest peatland is being restored to its former glory as a haven for rare wildlife and an invaluable carbon store. 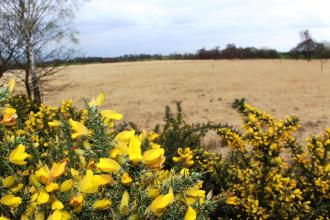