The doctrine that underpins all our decision making

How we make decisions

As a scientific organisation all of our decision making is underlined by the scientific method: asking a question, conducting research, analysing the data and reporting these results.

Across our nature reserves we carry out conservation science by implementing a five-year management plan on each reserve, which is reviewed and updated on a regular basis.

We also follow Lawton's: Making Space for Nature (2010) ethos, which states that we must work together focusing on landscape-scale conservation; providing bigger, better and more joined up ecological networks for wildlife to survive the changing climate. This includes improving the condition of essential stepping stone habitats between core nature reserves.

Any decisions made are overseen by the Conservation Committee - a team of highly qualified experts in wildlife conservation - using both their knowledge and evidence to move forward on any decisions the Trust makes.

Anything from purchasing land to habitat management, to supporting a specific campaign is governed through our clear and legitimate process of decision making. This is something we pride ourselves on as a scientific wildlife conservation organisation.

In 2017 we engaged 62 students at Higher Level Edu
We worked with a total of 11 different institutes
We trained up 111 teachers
... and engaged nearly 4,000 young people

Find out how we're working to save the willow tit - the UK's most endangered bird. We have a thriving population in Wigan Flashes, and are working together with local partners to connect riverine habitats and promote nesting spots.

We're working with University College London and The Wildlife Trusts to find out how our Forest School project is shaping children's minds and changing their connection with nature. Focusing on engaging urbanised children, our Forest School project currently runs across Manchester and Liverpool and is funded by players of the People's Postcode Lottery. We've been conducting questionnaires to look at how our project is helping to improve children's resilience, confidence and knowledge of wildlife.

We are lucky enough to have some of the greatest lowland peatland bogs in the world right on our doorstep. As carbon stores, potential flood protection and refuges for threatened plants and animals, it is essential they are protected and restored. We're currently working with Anna Keightley, a PhD student at Manchester Metropolitan University, who is researching carbon greenhouse gas fluxes on degraded bogs throughout the restoration process. The results will hopefully determine whether Cadishead Moss is currently acting as a carbon source or sink. She is also studying the optimum conditions and mixes for growing sphagnum moss.

Research we've been involved with

We've been involved with a number of different research projects at all levels, from collecting data on the ground to actively carrying out research alongside research institutes. Read a number of these findings below.

Can you help us with our research?

Are you a student?

If you're studying as an undergraduate, masters or doctorate student, please review the current open research questions we would like answering. With this opportunity to work as a co-research partner, we can offer an advisor and other reasonable support throughout. The following questions are based around applied conservation and would require research hypotheses devising.

If you'd be interested in conducting this research please get in touch here.

Institutes and organisations we've worked with 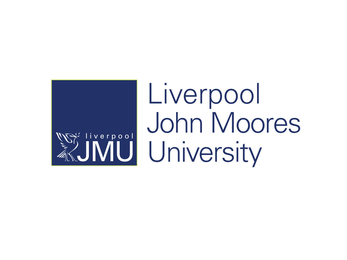